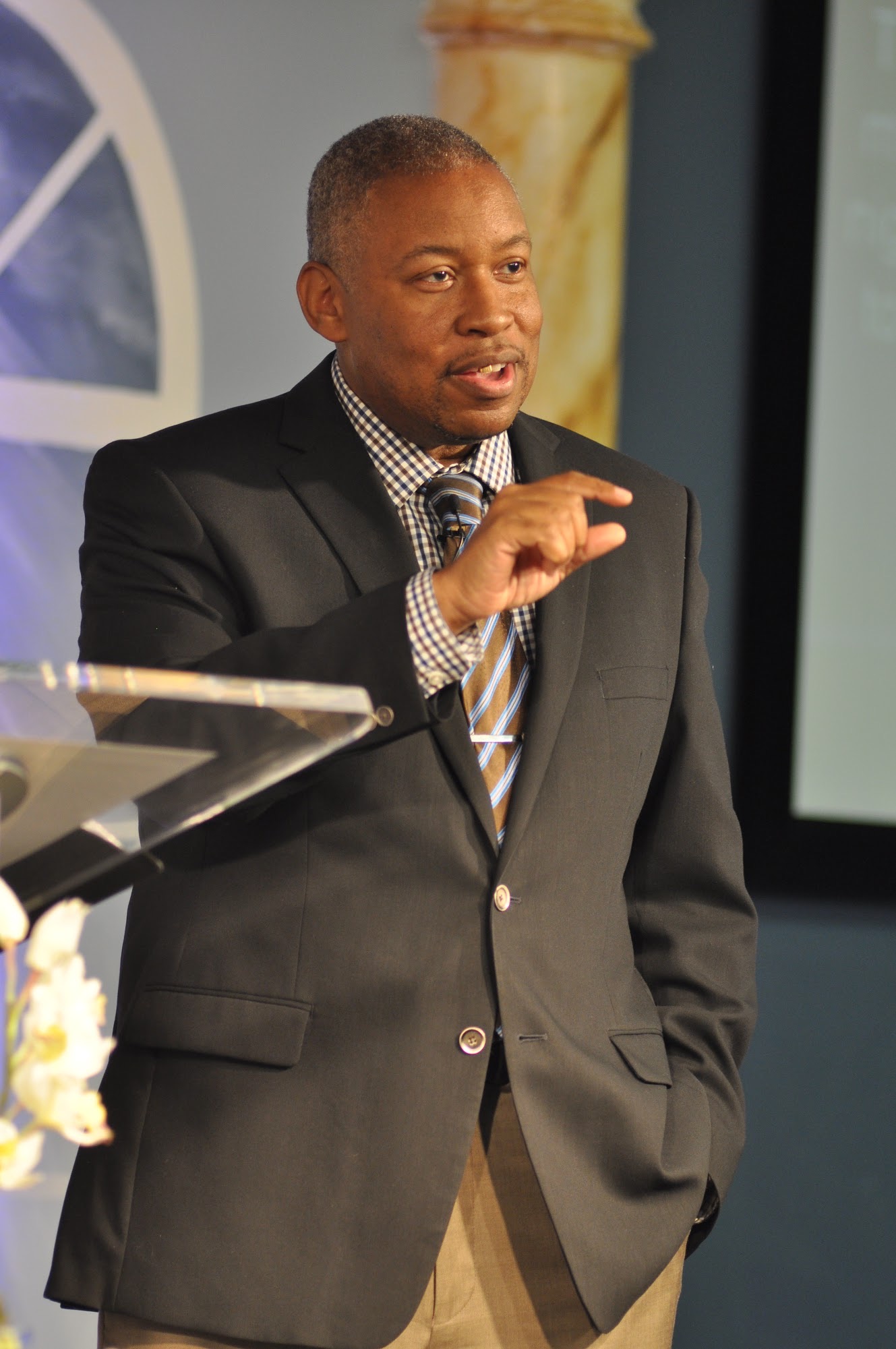 Pastor Kevin is a visionary that God have anointed for this day and time. Pastor Kevin was born and raised in Linden, Alabama. He joined the military directly out of high school and spent 10 years in the United States Army, taking him basically all around the world. During his second year in the military is when Pastor Kevin married his wife Verndella who is from Eutaw, Alabama. Pastor Kevin and his newly wife was sent to Lisbon, Portugal where they both received the Lord. Upon returning back to the United States the Lord sent them to Tacoma, Washington where the Lord begin to plant them in a local ministry. Within the next 2 years God begin to grow them up for something greater.

In January 1998, Pastor Kevin went to South Korea for one year; during that year is when the Lord called him into the ministry and during that particular year, Pastor Kevin was one of the Associate on staff at the Living Word Gospel church, where he held several positions. He was the Chief Financial Officer of the church and also the Overseer of the New Converts Education Course and Pastoral Assistant.

Upon returning back Pastor Kevin came back to the same local church for another year and then the Lord moved him and his wife to another local church in the city of Lakewood. During this time the Lord had elevated Pastor Kevin as the Associate Pastor of that local church, Pastor Kevin was over the Media Ministry and any other place he was willing to serve. After serving 2 years as the associate Pastor, God elevated Pastor Kevin once again and he became the Senior Pastor of Hosanna Church of the Redeemed. After a year and a half, the Lord directed Pastor Kevin to rename the church to Hosanna Family Worship Center during this time the Lord also had revealed to Pastor Kevin and directed him to come under the authority and leadership of his new spiritual father Dr. Bill Winston of Bill Winston Ministries, Senior Pastor of Living Word Christian Center and Faith Ministries Alliance in Forest Park, Illinois and not long after that, Pastor Kevin was ordained by the laying on of hands by Dr. Bill Winston and the blessing that is on his life was imparted to Pastor Kevin. In 2009 the Lord instructed Pastor Kevin to rename the church to the City of Faith Christian Center.

© Copyrights 2021 Designed and developed by kamlatechnologies.com